Why SSTP Protocol is best choice for a secure tunneling connection?

SSTP protocol creates a secure "tunnel" between the client and the server, and all data and traffic that passes through that tunnel are encrypted.

Compare SSTP VPN to Different VPN systems on the market

SSTP Client for Ubuntu and for Mac OSX system

The major feature of SSTP SSTP is that it was created by Microsoft company exclusively for Windows Vista SP 1, WIndows 7 and latest Windows 8/10 Operation System. There are also open source projects for Unix kernel based Ubuntu and Apple OSX system. For mobiel devices, the SSP VPN Client Apps in both Apple Store and Google Play are extremely convenient and easy to config for immediately protection of your daily mobile life. 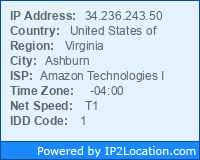